This is a saved backup of original information that is gone from the original source. All credits go to Ward Shrake who originally created this. I only want to preserve this information for the future. Have fun with it. 🙂

…the true story of my experiences as a paid hacker for the US military. 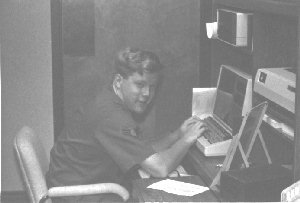 Story by Ward Shrake. First printed in “2600 magazine”, Autumn 1995.
Commodore fans will be pleased to know that I got the idea for my
modified password, thanks to the copy protection code found in
an early game for the Commodore 64; Epyx’s “Sword of Fargoal”.
That game had a similar (but nicer) message buried within its code.